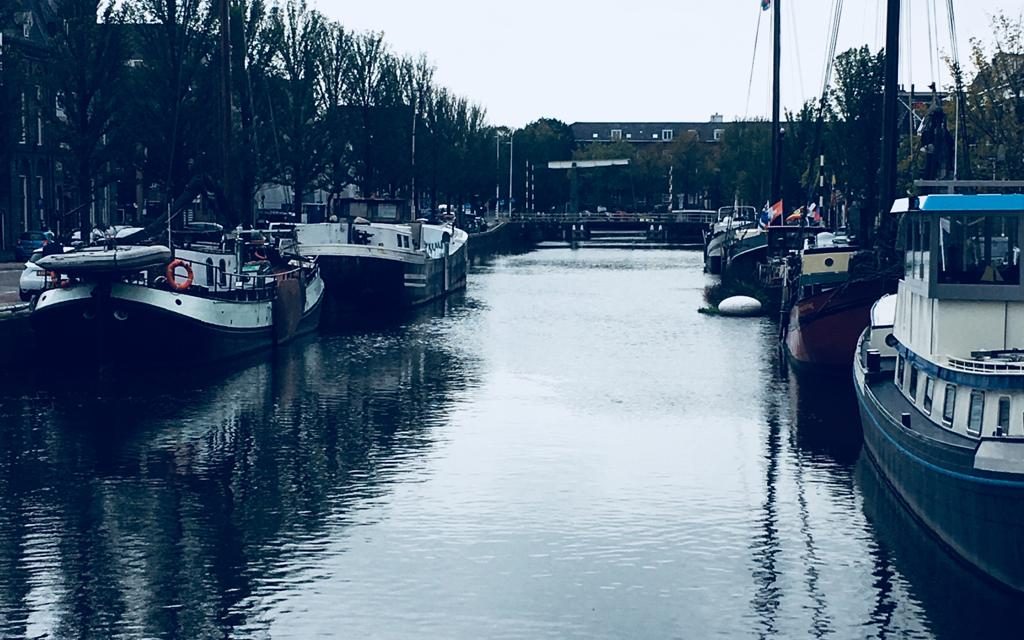 The miracle of sausages and wine December 19, 2018 – Posted in: Books, Lesser Used Languages of Europe, Travels

The rock ‘n’ roll lifestyle requires sacrifices. I tore myself from bed before the day knew what to do with itself to catch a flight to Amsterdam, then a two-hour train journey to Leeuwarden, the provincial capital of Friesland, to launch our new anthology of Frisian literature, Swallows and Floating Horses. I wore a suit.

Leeuwarden is a town that always looks freshly minted, thanks to the national – perhaps not national – fixation with re-pointing old brickwork. There are canals; there are bicycles; cars are banished to the peripherique, which renders the streets pleasantly soundless, especially at night.  It’s the European Capital of Culture, which is good for business. German tourists there are with town maps scoping churches.

The presentatie was at the town’s only bookshop, Boekhandel Van der Velde. Someone had miraculously provided wine and cheese and sausage – not me. There were gathered translators, editors, contributing authors, the Provinical Commissioner, representatives from the Dutch Literature Fund, possibly even the public. To everyone’s satisfaction the pile of books was considerably reduced by the end of the reception, likewise the sausage and wine.

Everyone was very kind and spoke English for my benefit, as one might speak slowly to an idiot. Frisian is close to English, but not close enough. Perhaps our Anglo-Saxon forebears might have had a handle on it.

In the bierhuis the barman was skeptical about Frisians. ‘They think the Netherlands is a province of Friesland, ‘ he reflected. But he was from Tilburg.