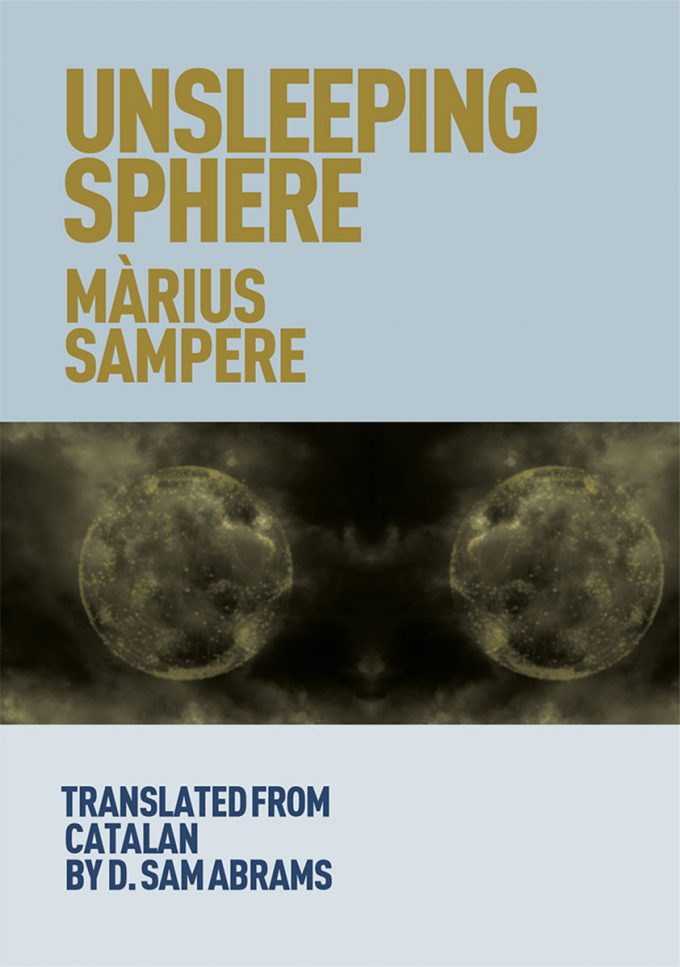 A modern long poem in the tradition of A. R. Ammons, Allen Ginsberg or John Ashbery published in the original Catalan together with English translation by D. Sam Abrams.

Unsleeping sphere/L’esfera insomne is a modern long poem in the tradition of A. R. Ammons, Allen Ginsberg or John Ashbery, to mention three of his contemporaries.

The original was launched in the fall of 2015, when the poet turned 87, and immediately went through three editions.  The poem was unanimously awarded the Gold Letter Prize for the best book of the year.
Unsleeping sphere/L’esfera insomne is undoubtedly Sampere at the height of his powers giving us his explosive and uncompromising view of the human condition in the early and uneasy years of the twenty-first century.

Màrius Sampere i Passarell (Barcelona, 1928) is the author of some 40 poetry collections, aside from his work as a novelist, memoirist, critic, linguist, musician, songwriter, photographer and painter.  He has received the highest awards and distinctions for his work and is considered the dean of contemporary Catalan poetry.  For more than half a century Sampere has enriched the life of Catalan culture through the printed word and his masterful public readings.

D. Sam Abrams (Beckley, West Virginia, 1952) is a free-lance poet, essayist, critic and translator based in Barcelona. Since 1984 he has translated over 25 books of modern Catalan verse into English.