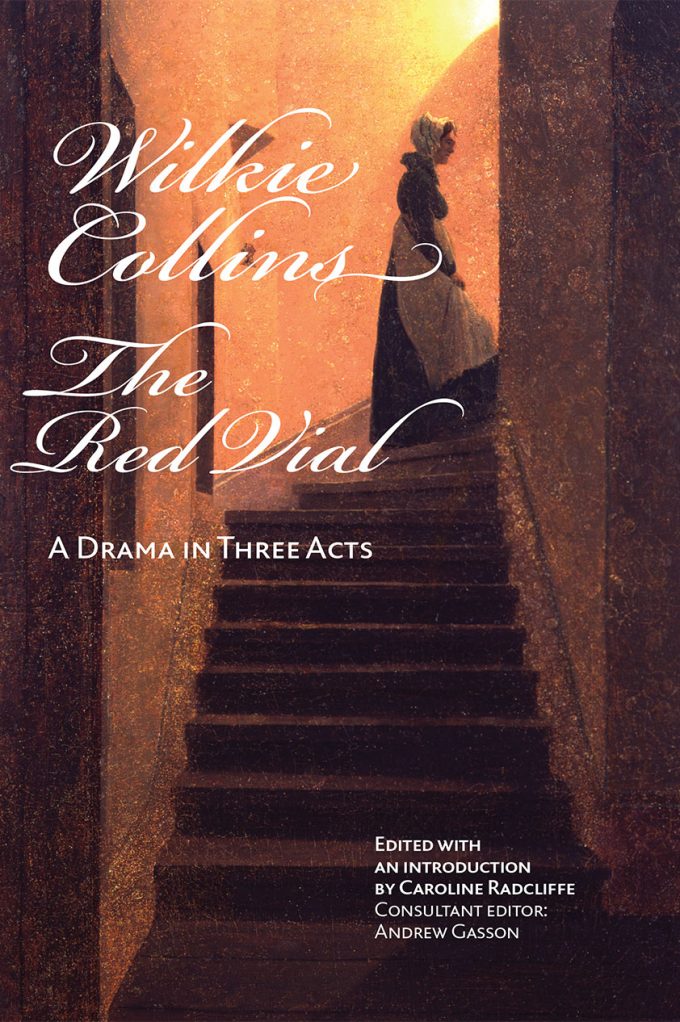 A Drama in Three Acts

The first publication of Wilkie Collins’s script for the Olympic production of the thrilling three-act drama, The Red Vial. A complete, annotated transcript of the play, a scholarly introduction and contemporary illustrations and reviews.

Wilkie Collins’s thrilling three-act drama, The Red Vial, was performed at the Olympic Theatre in 1858. Experimenting with a new, dark realism based on the French theatre of the time, The Red Vial was considered the forerunner to Zola’s Thérèse Raquin. Fuelled by a desperate, maternal love, Madame Bergmann, the widow of a celebrated physician, is ruthlessly driven to poison her benevolent employer and his loyal protégé, the reformed lunatic, Hans Grimm. The play’s uncompromising themes of madness and murder, climaxing with the horrific appearance of a corpse in Act III, shocked audiences and critics alike and the play was put to rest until Collins re-wrote it as the novel, Jezebel’s Daughter, in 1880.

This is the first publication of Collins’s script for the Olympic production. It brings together the two known manuscripts, providing a complete, annotated transcript of the play, a scholarly introduction and contemporary illustrations and reviews.

This is the second in the series of plays by Wilkie Collins published by Francis Boutle Publishers. The first was The Lighthouse.

William Wilkie Collins (1824-1889) was a novelist, playwright, essayist and short story writer, the author of over thirty novels, including The Woman in White, Armadale and The Moonstone. He was a lifelong friend of Charles Dickens.

The Wilkie Collins Society was formed during 1980 to promote interest in the life and works of this important nineteenth century author. His books have attracted readers for more than a century and his unconventional lifestyle has intrigued the literary world for nearly as long. The Society has an international membership and further details can be found at www.wilkiecollinssociety.com