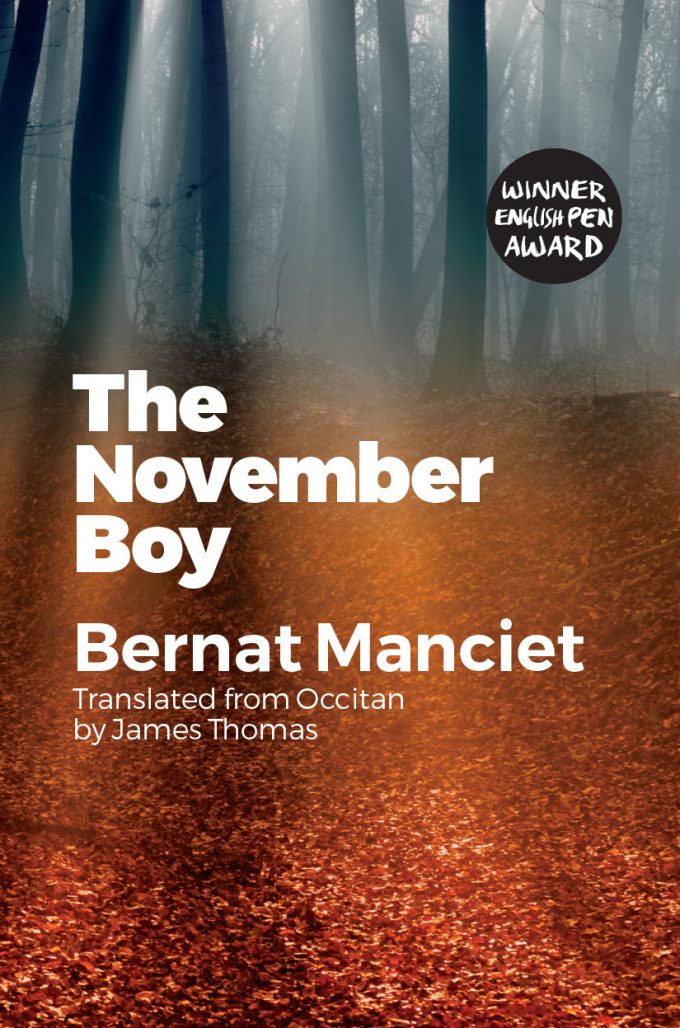 Manciet’s spare, harrowing, yet profoundly lyrical tale of sickness, selfhood and longing translated here for the first time into English by James Thomas

Who is the November Boy?

A taciturn young stranger arrives each year at the family estate from who knows where, before disappearing once again into the unknown.

The story follows the relationship of the narrator, Bernat of the Barralh, with this enigmatic figure.

With the passing of each season and the slow decline of the family fortunes, the invalid Bernat’s obsessive search for meaning leads him to further transformative encounters – with Polish emigrée Maria Doloriska, his distant cousin Denisa and ‘the machiner’.

Manciet’s spare, harrowing, yet profoundly lyrical tale of sickness, selfhood and longing, set on the desolate heath of the Grande Landes in 1920s south-west France, is a masterpiece of modern Occitan literature. It has been translated here for the first time into English by James Thomas