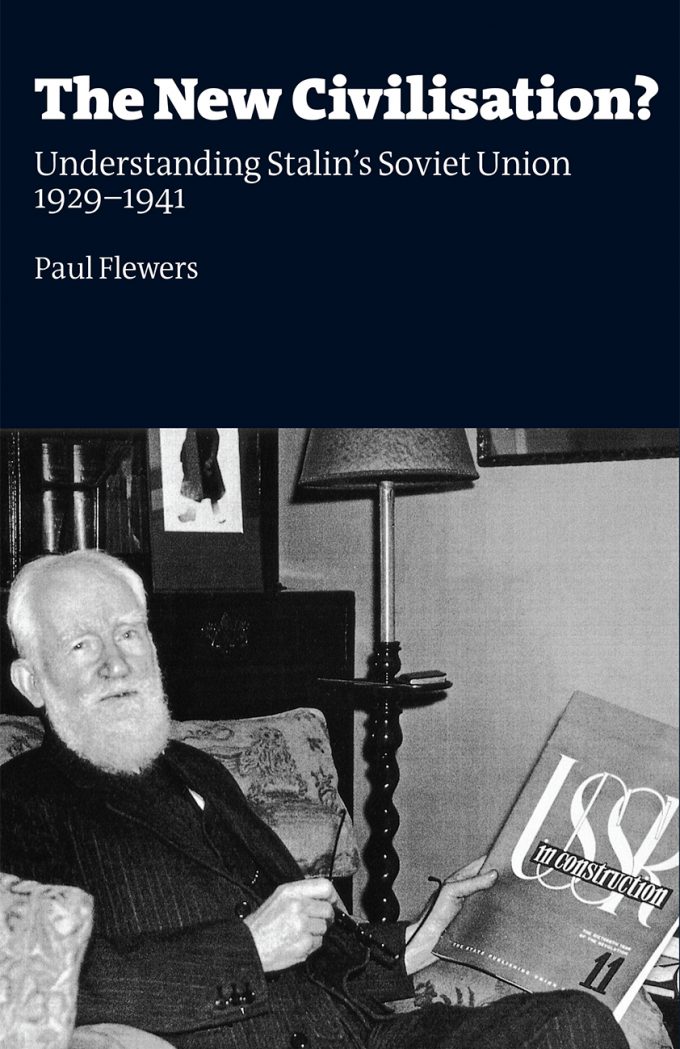 This book covers a vast range of material published in Britain, from the far left to the far right, on all aspects of the Soviet Union during 1929–1941.

‘this excellent book should find a place on the shelf alongside earlier work covering similar subject matter by Jones, Williams, Caute, and Stone.

‘this extensively researched book… has implications beyond the detail of the period it covers: it is a contribution to our reckoning with the ways adopted to achieve socialism in the 20th century.’

‘provides an extremely comprehensive survey of the changing attitudes towards the Soviet Union in the period from the first Five-Year Plan in 1929 to the Nazi invasion of 1941, focussed on the leftist intelligentsia’

The first years of the Soviet Five-Year Plans witnessed an upsurge of interest in the Soviet Union. In hundreds of books and thousands of articles, commentators of all political outlooks expressed their opinions on the novel features of Stalin’s Soviet Union – industrial construction and agricultural collectivisation, show trials and state terror, Popular Fronts and collective security.

What was the Soviet Union? Was it a totalitarian threat to Western civilisation, or was it a utopia taking shape before our eyes? Was Stalinism the logical outcome of the October Revolution, or did it represent its betrayal? Was there anything that Western countries could learn from the Five-Year Plans? These were just some of the questions asked.

Written in a lively manner, this book covers a vast range of material published in Britain, from the far left to the far right, from the well known to the downright obscure, on all aspects of the Soviet Union during 1929–1941, and draws out the impact of the Soviet experience upon British intellectuals and political trends.

Paul Flewers has been involved in left-wing politics since the 1970s. He studied at the School of Slavonic and East European Studies, University College London, where he obtained his PhD. He is a member of the editorial boards of Revolutionary History and New Interventions.

The Soviet Union and British Spies

Paul Flewers is a member of the Revolutionary History editorial board and over the years has contributed numerous articles on different strands of the left and their understanding of the ex-USSR. He expresses a preference for Hillel Ticktin's analysis of the class nature of the former Stalinist states, reflecting his years in the 1980s as a supporter of the Revolutionary Communist Party (now deceased). This book is something of a labour of love. Focusing on Britain, he provides an extremely comprehensive survey of the changing attitudes towards the Soviet Union in the period from the first Five-Year Plan in 1929 to the Nazi invasion of 1941, focused on the leftist intelligentsia, like the Webbs, Victor Gollancz, Victor Serge, George Orwell and Bertrand Russell. The title of the book, New Civilisation, is taken from the Fabian tome of the same name by Sidney and Beatrice Webb. Originally published with a question mark in December 1935, by 1937 the great purges, show trials and Ukrainian famine had convinced them the question mark was an unnecessary qualification and it was taken off! The New Civilisation had indeed been founded under the watchful eye of Uncle Joe. The Webb's obsequious blindness to Stalinism's flaws was by no means unusual in the period, and a running narrative through Flewers' book is the contrast between the pro- and anti-communist flanks of public opinion. Flewers also refers to a more critical ‘centre ground of opinion' - an odd description for Trotsky, Orwell, EH Carr and Victor Serge. There is a bewildering assortment of views and counter-views, which leave the reader wondering what the hell was really going on and what any of these various opinions have to do with it in the first place? For example Flewers writes: There was a widespread sense that the Soviet Union was here to stay, even if this was only implicitly or reluctantly expressed... other observers felt that there would be some sort of convergence between a Soviet economy that accepted certain market measures and a capitalist world... The insistence of some [other] observers...' (p109) And so on, and on... Take his discussion of Trotsky's Revolution Betrayed. Flewers first presents it in his discussion as how ‘fulsome praise for the tremendous changes made in the Soviet Union was not limited to the pro-Soviet lobby' (p121). A strange way of introducing Trotsky's devastating critique of Stalinism. He says the book, while a ‘sharp denunciation of the Stalinist regime', ‘opened with a veritable rhapsody to the "gigantic achievements in industry"'. This surely implies Trotsky had been misled by the achievements of the Five-Year plan. Yet Flewers concedes that when considering the developments in production made during the first Five-Year Plans, the ‘statistics look impressive' (p138). How can the description of ‘fulsome praise' be in any way appropriate to Trotsky's analysis, when, as Flewers points out, the Revolution Betrayed explained that inside the USSR ‘social inequalities were deepening and becoming institutionalised, and it was now ruled by a privileged, totalitarian élite'. To compound the errors, Flewers adds that Trotsky believed: The Soviet economy contained contradictory trends, as the means of production were in the hands of the state, and were thus socialised and planned, whereas because of the relative backwardness of the society, the distribution of everyday goods was carried out through the market. (p134) No he didn't. When Trotsky referred to the bourgeois method of distribution, he was not suggesting that goods were distributed by the market, but rather that the bureaucracy plundered the output of the economy, siphoning off large parts of it to line its own nest, thus entrenching major social inequalities. The trouble is if a reviewer of this period can't even get this right, which is, after all, the major theoretical study of the period, made by one of its key figures, then it's difficult to have much faith in the rest.

A reply to Bill Jefferies from Paul Flewers