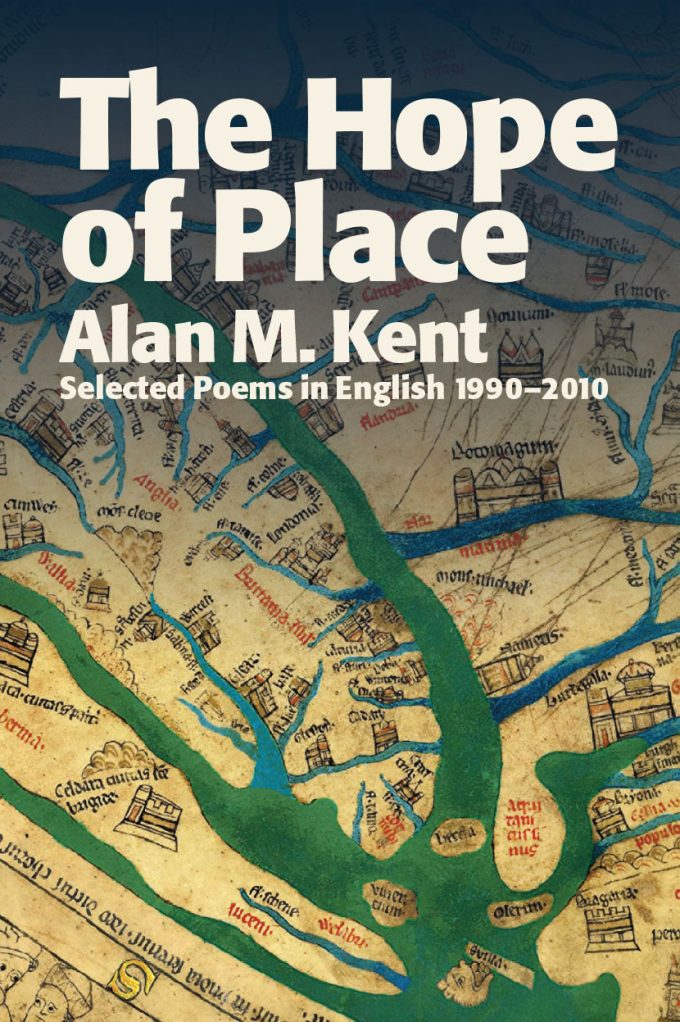 The Hope of Place

The product of twenty years’ work, this volume draws together poems from collections published between 1990 and 2010.

Alan M. Kent is one of Cornwall’s leading poets and one of its most distinctive voices. His subjects are love, death, nature, language, politics and Celticity, intensified by what the author calls the ‘hope of place’ in landscapes at home and overseas, and employing traditional forms as well as dialect and motifs from popular culture.

His poetry is rooted in the Cornish literary heritage and offers insights into Cornish identity and history and presents an important re-imagining of contemporary ‘Britishness’.

The product of twenty years’ work, this volume draws together poems from collections published between 1990 and 2010.

Cyril Jones
Morning Star Online
28/01/2011
The couplet "If you are born Cornish/then the past always weighs heavy on you" from the poem Curse sums up many of the themes in this selection. Although the places that have inspired many of the poems are not confined to Cornwall, the reader is continually aware that they are marked with the historical sensibilities of the seafaring, tin-mining Cornishman. The prize-winning poem The Carvings at Treloyhan describe how "motifs melt and mingle/the way they do in Cornwall,/a layerdness of time" and many of these poems could also be described as contemporary motifs or word-layers. Out of the Ordinalia, written in couplets, is a year- by-year account of Cornwall's history over five centuries. One couplet tells us: "1778 This Cornwall, without her language's rich bounty/becomes the South West, some other 'English' county." So throughout the collection the reader is aware that the deepest layer of all is the rich vein of a lost language, buried under the "naughty Englyshe." In the dialect poem Fust things Fust this vein comes to the surface and encapsulates the latent tension and guilt that informs the whole collection, particularly the final lines "I may have your language now, but fust things fust/stop bein's' naughty and callin' me Englyshe." Occasionally, the poet's enthusiasm to remind and enlighten the reader of the rootedness of the Cornish literary heritage is overwhelming in this 300-page collection. But these English-medium poems deserve a wide readership outside Cornwall and should serve as stark reminders of how cultural and linguistic diversities have - and are - being eroded under the heel of globalisation. It would be misleading to suggest that all the poems are directly linked to Cornish themes. Other poems such as the astute, humorous portrait Gaining Acceptance: Lady Chatterley and my Uncle and the contemporary surfing-inspired poem Cribbar deserve a wide readership. The title of the collection suggests that places in many respects are monuments to the past. But they are living monuments - and there lies the hope.