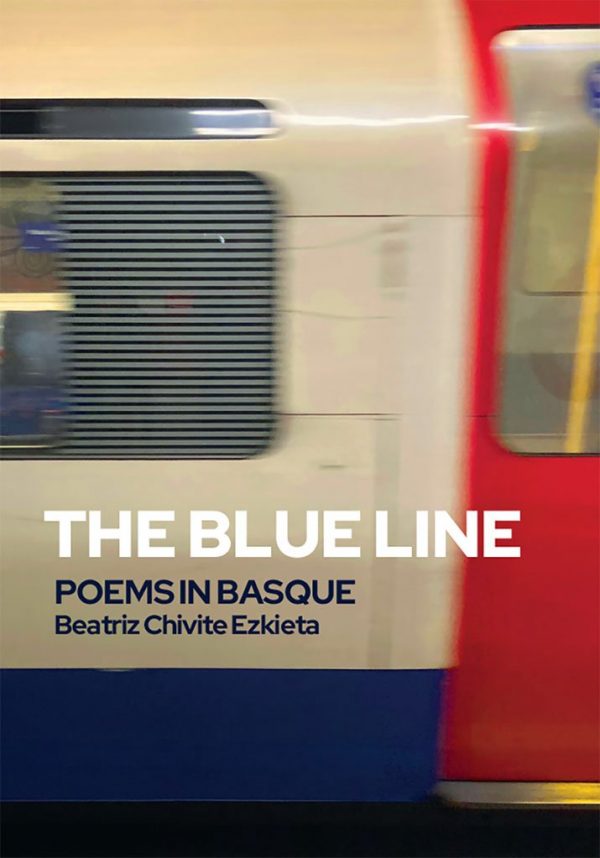 The Blue Line is London’s Piccadilly Line, crossing the city from Heathrow airport to its northern suburbs. In this remarkable collection of poems the Basque poet Beatriz Chivite Ezkieta imagines the lives of people she has seen on her travels on the Underground – the tourist, the student, the girl with a blue rose in her hair, the university professor with the three day beard, the man reading The Economist on a Tuesday evening – in a series of tender, poignant, humorous and sometimes tragic portraits and imagined conversations.

Beatriz Chivite Ezkieta lives in London and has captured the voices and moods of this multicultural city as it goes about its day-to-day business.

The worn velvet
of the Piccadilly line
has travelled the world
from bum to bum.