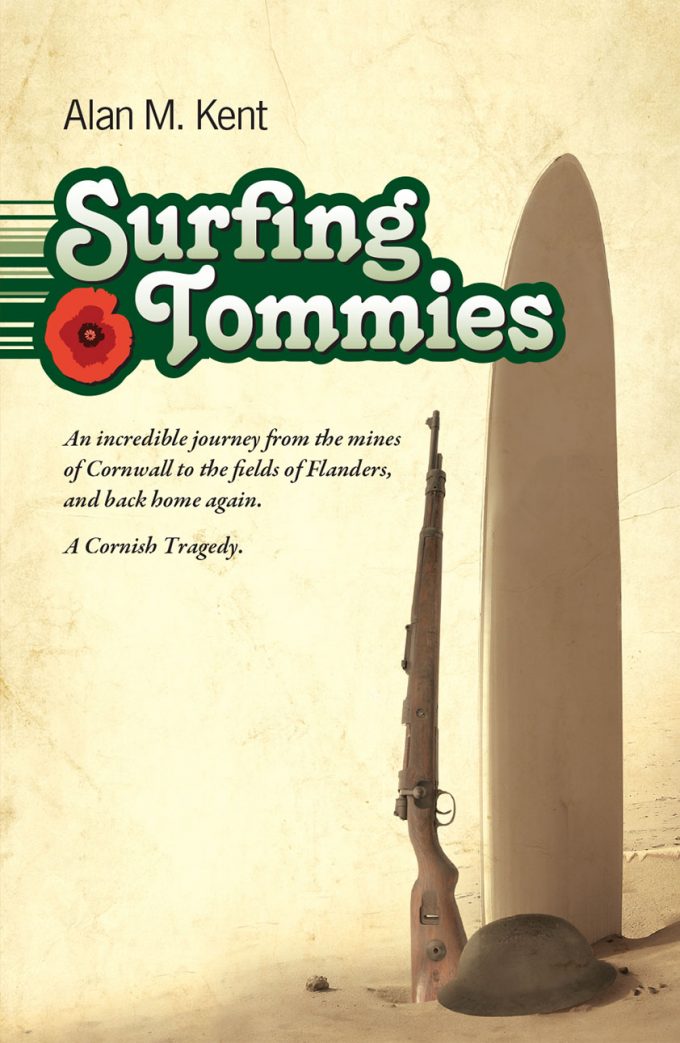 with a preface by Julian Putkowski, co-author of Shot at Dawn

Surﬁng Tommies follows three men on their journey from North Wheal Leisure tin mine to the horrors of the trenches in the First World War.

Typically rife with Kentian dialect and decadence, this heartfelt new drama will make you want to get up, hit the waves and hang ten…

Surﬁng Tommies follows three men on their journey from North Wheal Leisure tin mine to the horrors of the trenches in the First World War, where Jimmy ‘Dunkey’ Tamblyn and John Henry Pascoe find themselves serving under the unbending Methodist mine ‘Cap’n’, William Tresawna. We learn of the lives of Rose Pascoe, John Henry’s widowed mother, his girlfriend and Maisie Pascoe, the present-day history student and surfer who uncovers the tragedy that transformed the lives of the characters. And along the way we discover how surfing came to Cornwall via the Western Front. Surﬁng Tommies is a poignant tale of war and friendship, but ultimately one of redemption, forgiveness and hope.

Though set in the early twentieth century, this darkly mischievous play makes comment on current conflicts around the world, and what it is like to be away from where you d’belong t’be.