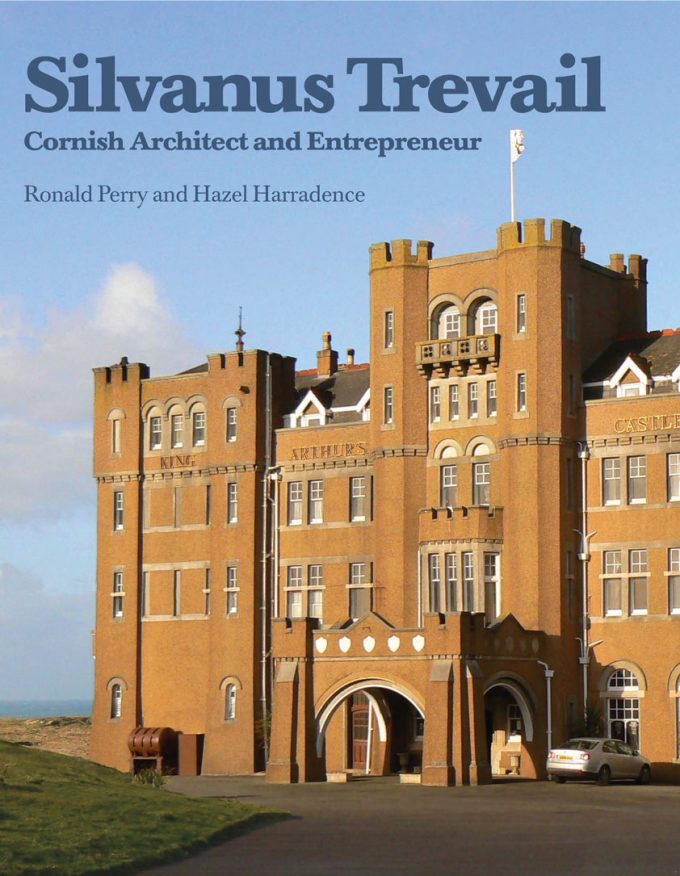 By Ronald Perry and Hazel Harradence

This biography is the first to evaluate Trevail’s remarkable life and achievements, with over 150 colour illustrations of his buildings and a comprehensive catalogue of all his projects.

Winner of the Holyer An Gof award for the outstanding literary publication of 2009 awarded by the Gorseth Kernow.

A century ago, the name of Silvanus Trevail would have needed no introduction. As President of the Society of Architects, a national body some 600 strong, he was a familiar figure in the big cities of Britain, his forceful speeches widely reported in the London and provincial press. In the West Country he was as famous for his radical reforming politics as for his architecture: his public health crusades as Mayor of Truro and Chairman of Cornwall County Council Sanitation Committee, provision of technical schools and libraries, and promotion of tourism greatly assisted a region traumatised by the collapse of its once-powerful metal mining industry.

When risk-averse Cornishmen refused to back his ideas, Silvanus Trevail financed his own developments. In three hyperactive decades he handled around 300 architectural commissions, including schools, religious buildings, housing developments from country mansions to workers’ cottages, banks and shops, technical colleges, art schools and libraries, hospitals and hotels.

Then one morning in 1903 he donned his top hat and frock coat, boarded a train from Truro, put a revolver to his head and shot himself, bringing a brilliant career to an end at the age of 52.

This biography is the first to evaluate Trevail’s remarkable life and achievements, with over 150 colour illustrations of his buildings and a comprehensive catalogue of all his projects.