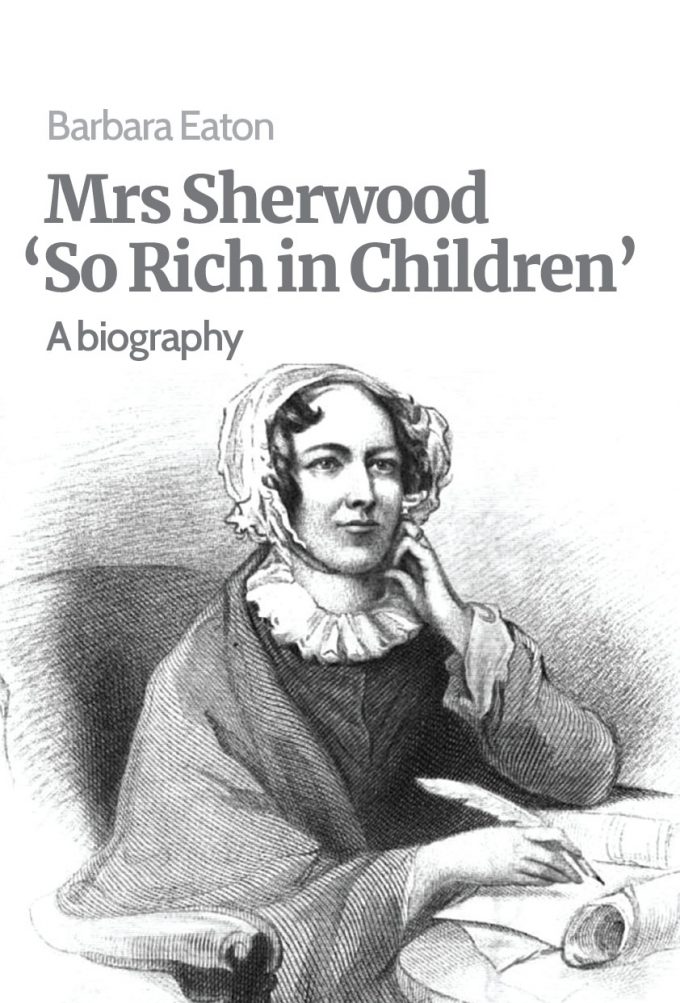 Mrs Sherwood ‘So Rich in Children’

Brought up in Shropshire, Mary Butt begins telling stories to her mother and sister from an early age. At 15 she is sent to The Abbey School in Reading where the housekeeper sports a wooden leg; the headmaster gambles and lessons are ill-organised. French aristocrats fleeing the Revolution dance in the garden and air their grievances to the now strikingly attractive Mary.

A greater culture shock confronts Mary and her husband, Captain Henry Sherwood, on arrival in Bengal in 1805. In ten years they travel over 5,000 miles by river encountering dangerous and demanding situations.
Intrepid and resourceful Mary opens schools for European and native children wherever her husband is posted; sets up orphanages for children of the regiment; bears six children in India and adopts two more.

She writes a bestseller in 1814 and, on her return to Worcester in 1816, writes over 300 works for children, becoming a household name.

Preface to Yes, Papa. Dr Elizabeth Eger, Kings College, London:
Barbara Eaton’s delightful biography has restored Chapone to her rightful place as a central bluestocking writer while retaining a sense of her awkward individuality. Here we find a vivid portrait of Chapone as both ‘spitfire’ and dutiful daughter, earnest moralist and irreverent satirist.  Eaton draws out the distinctive sense in which Chapone crossed the line between private and public literary spheres with trepidation and uncertainty, only to succeed brilliantly.

Praise for Yes Papa: Mrs Chapone and the Bluestocking Circle

‘Barbara Eaton’s monograph also marks an important critical milestone: it is the first book-length biography of Hester Chapone. In the highly readable Yes Papa!: Mrs Chapone and the Bluestocking Circle, Eaton blends personal, social and literary history, using the portrait of one Bluestocking as a window onto polite eighteenth-century intellectual culture.
‘Eaton’s biography also – with a refreshingly light hand – situates Chapone in the midst of feminist, intellectual and literary history instead of at the margins. Chapone appears in relation not only to her peers, but also to the younger generation of women writers, Burney in particular, and emerging female radicals such as Wollstonecraft. Chapone’s influence on these writers is made clear without being overstated.’
The Times Literary Supplement, Susan Civale.

‘This biography of Hester Chapone (née Hester Mulso) is genuinely valuable in illuminating the life of one woman connected to this group.  It is carefully and extensively researched and shines throughout with a genuine love and respect for its subject.
‘… this book will be useful to scholars of the period and more generally for Feminist Studies … and will make a good addition to reading lists in Eighteenth Century Studies, as well as Women’s Studies.’
FWSA Blog book review. Dr Meredith Miller, Falmouth University.