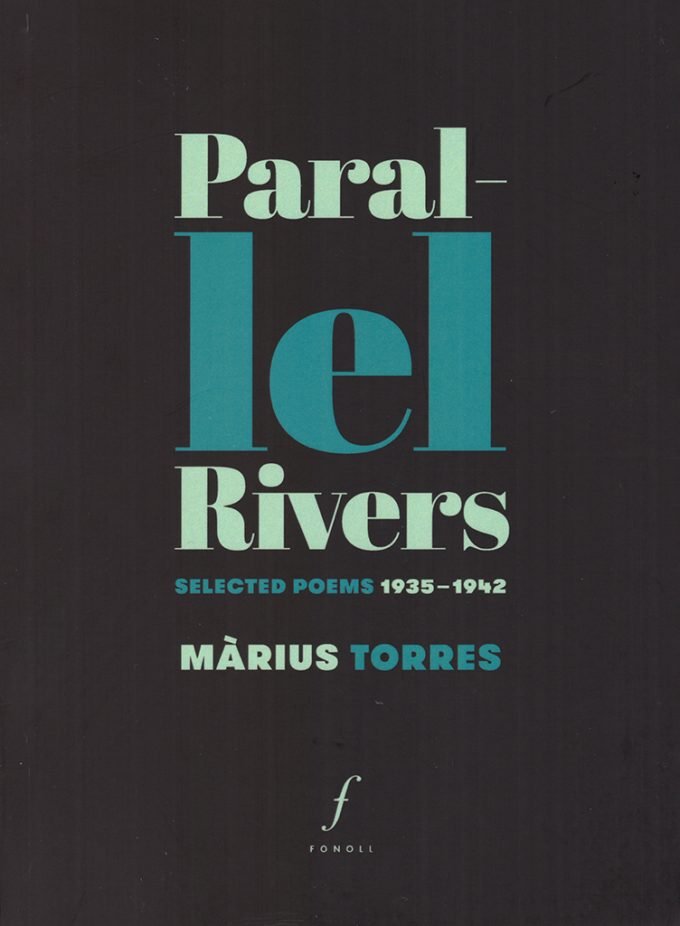 This is joy – to be a bird, passing through the sky where a storm left forceful peace.

This is death – to close your eyes, to hear the silence as when the music begins.

Parallel Rivers is the first selection of poems by the Catalan poet Màrius Torres to appear in English.

He sought a poetry form that would be less strained and and sentimental and more conceptual and lively.

Màrius Torres (Lleida, 1910 – Sant Quirze Safaja, 1942). A medical doctor and modern writer in the tradition of William Carlos Williams and Gottfried Benn. Poet, fiction writer, playwright, journalist, essayist, translator and composer. His work was published after his early death. The standard collected edition contains poems from 1933 to 1941. He is now recognized as a major Catalan and European poet leading the way from symbolism to post-symbolism. His work has been translated into Spanish, English, Romanian, French, Italian, Portuguese, Russian and German.

D. Sam Abrams (Beckley, West Virginia, 1952) is a free-lance poet, essayist, critic and translator based in Barcelona. Since 1984 he has translated over 25 books of modern Catalan verse into English.