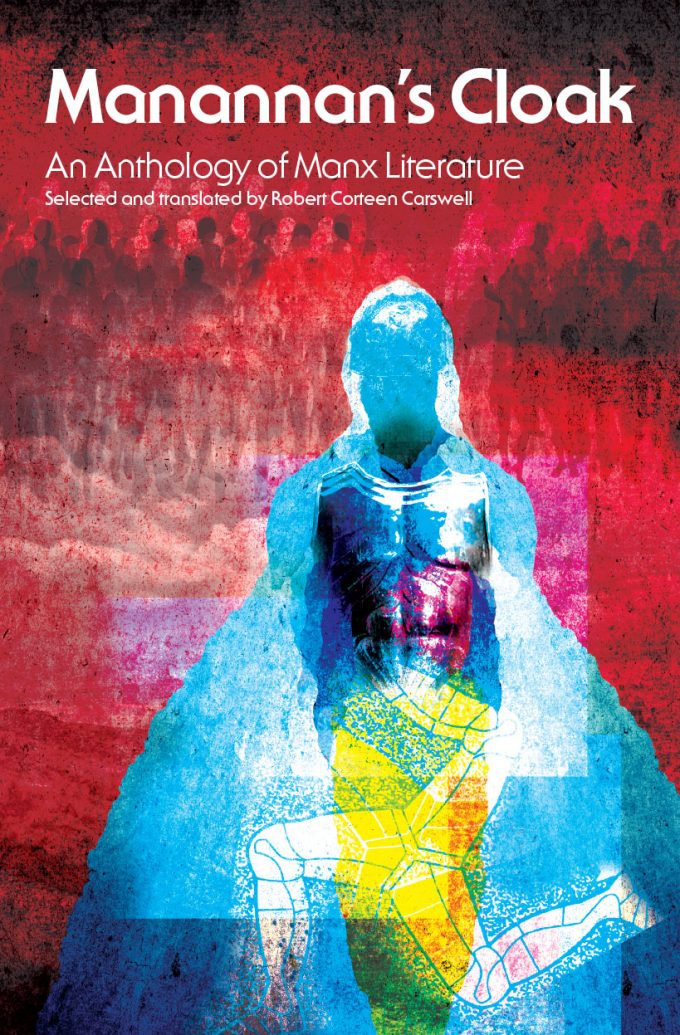 A Bilingual Anthology of Manx Literature

A bilingual anthology of Manx literature, from the earliest Manx writings to the present day, along with their English translations.

Manannan’s Cloak brings together a range of texts in the Gaelic language of the Isle of Man from the earliest writings to the present day, along with their English translations. Written Manx arrived comparatively late, and the size of the Island’s population was not conducive to the widespread development of Manx literature. Nevertheless, the amount of Manx literature collected here may come as a surprise.

The texts in Manx are linked by a narrative which places them in the context of Manx history, and includes observations about the language and the people who used it by a number of officials and visitors to the Island, such as George Borrow.

In recent years there has been a positive attitude to the language which has led to the development of a modern literature in which books are published professionally to meet a growing demand. Manx is taught as an optional subject in both primary and secondary schools. There is a primary school, Bunscoill Ghaelgagh, where Manx is the medium of education. Four subjects are also being taught through Manx at secondary level in one of the Island’s schools.

The Isle of Man is a small, ancient kingdom in the middle of the Irish Sea. The regalities of the Island were purchased by the British Crown in 1765 (an event known in the Island as Yn Chialg Vooar – ‘The Big Swindle’!) The Island’s political constitution means that it is not part of the United Kingdom and is only an associate member of the European Union. A linguistic study has also referred to ‘the extraordinary independence of Manx’.

Nicholas Ostler
Endangered Languages Foundation
01/08/2011
Manannan's cloak is of invisibility, and is traditionally provided by the mists that swirl round Ellan Vannin, the Isle of Man. This doughty work of selection - which is also a mighty labour of love, since the anthologist has translated over 100 pages of Manx into as many pages of English - will actually do more to celebrate Manx than shroud it in more secrecy. It dispels the mists, revealing something of the reality of life as lived in Man these past five centuries. One's own language gives a distinct flavour to literature, and not all of that is lost in the (very necessary) translation. The earliest records of a Celtic language in Man date from ca 600, and include the proper name MaqLeog "Son of the physician", which is still around as the popular surname Clague (and even Clegg!) The texts selected begin ca 1500, with the beginning of the "Traditionary Ballad" - Coontey Jeh Ellan Vannin Ayns Arrane, which is more literally translated as "Account of the Isle of Man in a Song"; the start is all about St Patrick, and how he brought the blessings of Christianity to the island in place of the "heathen" (Anchristee) god Mannanan (sic: we learn early than the Manx - or more traditionally Manks - people prefer to stress the first syllable). Like the other Celtic languages, Manx's literature is thereafter dominated by Christian devotions. This comes through in this anthology, and is a clear reflection of the only kind of cultural life which was available for (and hence valued by) largely illiterate folk for many centuries. However, this is not the exclusive tenor of the compositions which Carswell has collected and translated here: so besides Psalms, Gospels and "The Principles and Duties of Christianity - Coyrle Sodjeh" we have song after song, and ballad after ballad, many of which we learn to call 'carval'. There are reminiscences of sea-battles "Thurot & Elliot 1760", mythical arson "Fin & Oshin 1763", and other nautical adventures. There are lusty translations or adaptations of Paradise Lost and The Rubaiyyat of Omar Khayyam; there is a satire on Manx politics worked out as a re-telling of the Three Little Pigs - Ny Three Muckyn Beggey. (Money, it turns out, is just as destructive as a lot of huff and puff.) Inevitably, there are also elegies for the Manx language itself: but the context makes it clear that affection for the language has not been universal on the island. Life becomes a bit more prosaic after 1950: the proportion of verse falls, but reportage, journalism and novels (notably murder mysteries) all make an appearance. The publishing future looks full, and unpredictable. The result, for the Manx-less reader, is a rapid course in the history and the distinctive world-view of the Manxman and Manxwoman (including a "Carval of Bad Women"), as well as a rapid practical introduction to the language: since all the text is translated line for line, those who know English and some form of Gaelic will find it fairly easy to pick out the language in its distinctive Angloid dressing. As for the spelling system, it is clear that in the 19th century, it was hoped (even by the Manx grammarian and Bible-translator, John Kelly), that it would serve transitional literacy: learning to read in Manx would lead on to literacy and fluency in English, and so replace all need for Manx. In fact, although the decline of Manx in 19th and 20th centuries certainly did happen, this is now being partially reversed: sterling work goes on in a local Bunscoill Ghaelgach to give primary school children a firm grounding in the language; and the Angloid spelling conventions now serve to give Manx an identity distinct from the Gaelic of Scotland or Ireland. Sebba 2000 is an interesting supplement to this book, in reconstructing some of the linguistic politics here.* This book is a very fitting Manx member of Francis Boutle's sequence of anthologies of literature in the minority languages of Europe. We English are at last being shown some of the delights which have been going on beneath our raised noses for many centuries, and in a form which, while instructive to those of us who rely on a lingua franca, is also true to these peoples' own words. *Mark Sebba, 2000, "Orthography as Literacy: how Manx was 'reduced to writing'". Bath: FEL IV (Ostler & Rudes, ed.): pp. 63-70