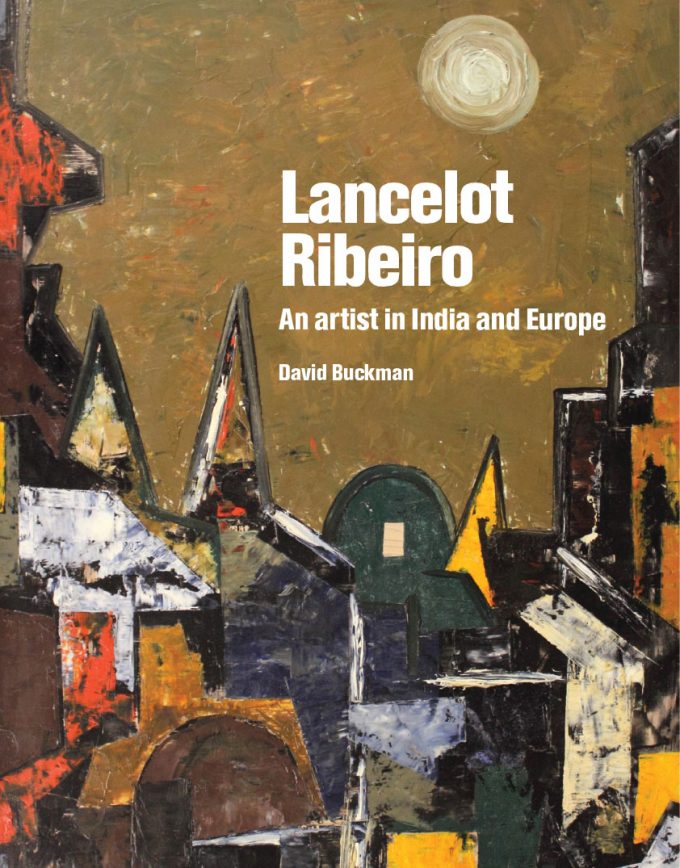 An artist in India and Europe

An exploration of the work of Lancelot Ribeiro, one of the most original of the Indian artists who settled in Britain after the Second World War.

Lancelot Ribeiro was one of the most original of the Indian artists who settled in Britain after the Second World War. Although there has been a surge of interest in art of the sub-continent in recent years, with works by such artists as Ribeiro’s half-brother F N Souza, S Bakre, Avinash Chandra, V S Gaitonde, M F Husain and Balraj Khanna sought by international as well as Indian collectors, Ribeiro remains largely neglected.

After a first sell-out solo exhibition at the Bombay Artist Aid Centre in 1961, a high-profile commission from Tata as his first patron and several more shows, he left to establish himself in London in 1962. At this time his work was strongly influenced by his Roman Catholic and Goan-Indian heritage. Settled in England, he became a leading advocate for Indian artists through such bodies as the Indian Painters Collective.

Ribeiro was hugely prolific. Although a series of solo and mixed shows in England and abroad excited collector-interest through much of his life, during his final years he withdrew from the art world and so became largely forgotten. Post-death, however, his story told here has witnessed a revival. It is clear that his reputation as a painter of international stature is now receiving its well-overdue attention.

David Buckman has been a journalist and author for 50 years. After the first edition of his dictionary Artists in Britain since 1945 appeared in 1998 (second, revised and expanded, edition, 2006) he concentrated on arts writing. He contributed to Macmillan’s The Dictionary of Art and Brian McFarlane’s The Encyclopedia of British Film. In 2012 Francis Boutle Publishers published his From Bow to Biennale: Artists of the East London Group. He is an advisor to the Public Catalogue Foundation and a council member of The Critics’ Circle.

Ham & High – Bridget Galton
Ham & High
27/09/2016
Bridget Galton talks to the daughter of Indian artist Lancelot Ribeiro whose life, archive and love of the Heath are celebrated at Burgh House An exhibition at Burgh House, a film and talks form part of a heritage project drawing on the personal archive of Indian artist Lancelot Ribeiro. Funded by the Heritage Lottery Fund, Retracing Ribeiro will “explore the powerful role that art and artists have in shaping history” according to his daughter Marsha. The scheme brings together the V&A, the British Museum, Camden Archives, SOAS, Central St Martins and the Hampstead gallery, who kick off the year-long programme with an exhibition exploring Ribeiro’s life in NW3. Marsha, who lives in Belsize Park says: “Retracing Ribeiro explores the heritage and history of his life, what motivated his creative impressions, the struggles of the time and relevance to today’s world in issues of culture and identity.” Ribeiro first came to the UK from Bombay in 1950 to study accountancy. He stayed with his brother in Chalcot Square and took life drawing classes before being conscripted in the RAF. Following the success of his first solo exhibition he moved permanently to the UK in 1962 living and working in Belsize Park Gardens before moving to a flat on Haverstock Hill for the last 30 years of his life. He found early success in the 60s exhibiting in leading galleries, but according to Marsha “after being extremely prolific and well known he had an up and down career and receded from public view for a number of years.” A passionate advocate for artists from the subcontinent he fought endemic prejudice against those from minority backgrounds and co-founded the Indian Painters Collective, and Indian Artists UK. Marsha adds: “After his death I wanted to bring out what an extremely passionate and active individual he was. Looking back through his archive there are parts of his life where he gets success and recognition but also times when he moved away from the mainstream and lived a life of struggle, fighting the establishment and changing course with his work to experiment instead of favouring commercial circles.” She hopes the project which features a series of events, talks, exhibitions and a creative learning programme with Central St Martin’s will provide an enduring legacy. “The HLF were keen to draw on an archive spanning six decades to explore the history of an artist from pre independence India who lived through a turbulent period in its history, set up in Britain and experienced struggles with operating in the artistic mainstream and as an individual fighting prejudice, and marginalisation “We hope to encourage new audiences and young people to engage with their history and heritage and, through my father, relate how that’s expressed creatively.”. Gallerist Nicholas Treadwell will speak at the British Museum on diaspora artists of the 60s, a film will explore aspects of Ribeiro’s life and, Camden Archives will host a heritage display of his life, and the V&A will hold an event exploring works held in their collection. Marsha adds that Burgh House, where her father mounted an exhibition of Asian art in 1980 has a strong “personal poignancy”. “It’s lovely to be able to present the different sides of his work, including a series of watercolours inspired by our walks on the Heath. What’s unusual about them is that most of his works are abstract or expressionist but these are one of a few naturalistic works in his collection.” Burgh House curator Rebecca Lodge said Ribeiro and his work were “a significant part of the cultural history of Hampstead.” The exhibition runs at Burgh House from October 26 to March 2017.
Read More