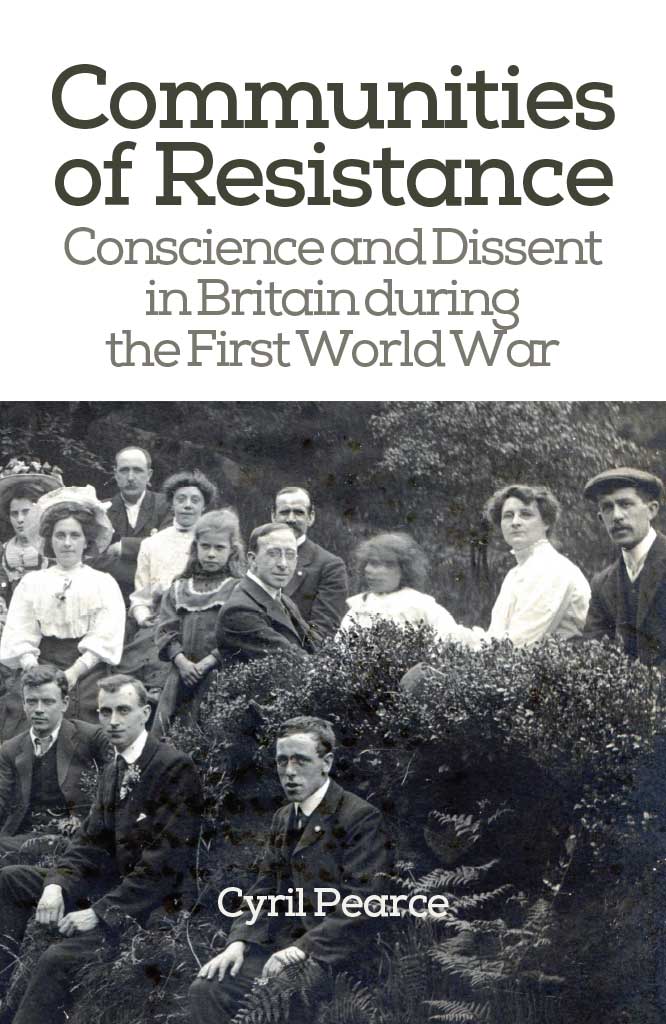 Conscience and Dissent in Britain during the First World War

Cyril Pearce’s long-awaited study of resistance to the First World War in communities in England, Scotland and Wales.

Communities of Resistance is an astonishing piece of scholarship. Cyril Pearce, whose Register of almost 20,000 First World War Conscientious Objectors has been crucial to so much local research, compares the data from every corner of England, Wales and Scotland. His in-depth analysis investigates why some places were ‘hot-spots’ of anti-war activity and unpicks the wider circles of support – political, social, religious, familial – on which the COs relied. Among many fascinating details I learned that some of the ‘safe houses’ had also given refuge to suffragettes on the run.  All this is liberally illustrated by stories of the individual COs. Their courage is too often forgotten and the cartoons of the day reveal such open contempt!  Yet by 1924 there was even a shift towards admiration.  Otherwise how could there have been a dinner for many COs and friends in the House of Commons itself?  Communities of Resistance is a definitive and welcome contribution to the history of the anti-war movement.

‘Cyril Pearce is the established go-to source for anything you want to know about the peace movement and conscientious objection in the First World War. Communities of Resistance is destined to become the movement’s encyclopaedia, it’s a veritable bible, packed with erudition and inspirational story-telling.
A masterpiece.’

‘And yet, while recruiting committees went about their business and war-related industries expanded their production, groups of men and women set about organising local opposition to the war.’

Guided by the data in the pioneering Pearce Register of British Conscientious Objectors, Communities of Resistance is an exploration of the histories of more than forty war resister communities across Britain from rural villages and industrial towns to the urban villages of greater London. It tells the stories of the men and women who stood by their own judgements on the war and as individuals and in like-minded communities found their own ways to resist it.