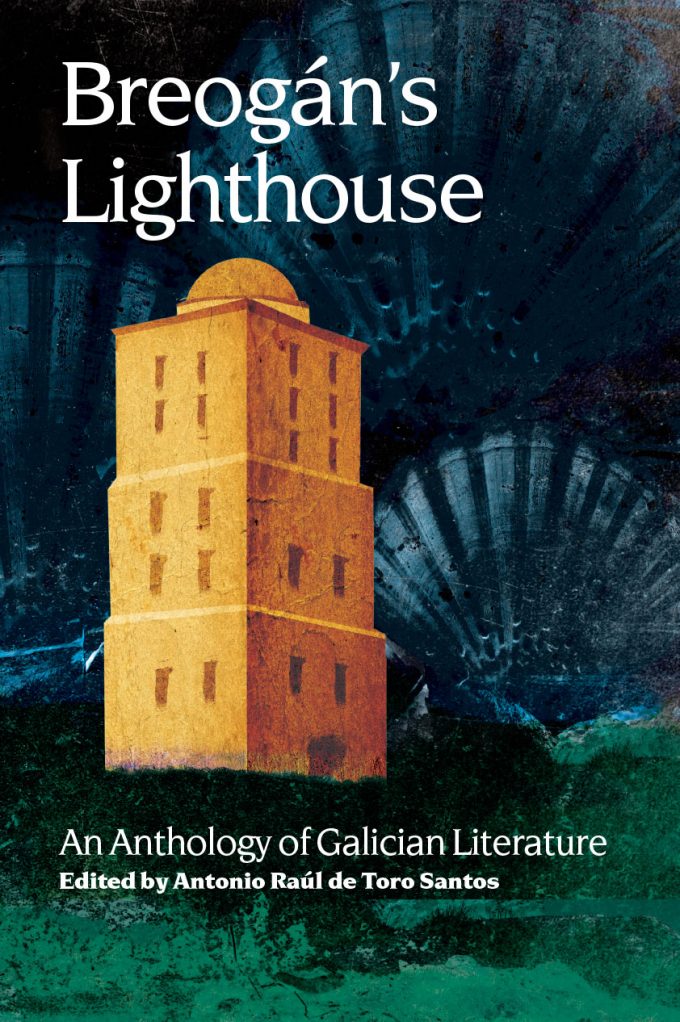 An Anthology of Galician Literature

With A Short Introduction to Galician Literature by Luciano Rodríguez Gómez and an essay, The Galician Language: An Unfinished Task, by Manuel González González.

The publication of Breogán’s Lighthouse is excellent news for those who wish to read some of the best examples of Galician literature.

Breogán’s Lighthouse is a comprehensive collection of nearly 300 texts in Galician, the language of the north-west of the Iberian peninsula, accompanied by new translations into English. From the flourishing literature of the Medieval period, including the Cantigas de amor, the Cantigas de amigo and the Cantigas de escarnho e maldizer, through the period of marginalisation between the sixteenth and eighteenth centuries – the Dark Centuries – Breogáns Lighthouse follows Galician literature to its recovery in the nineteenth century with selections from A Gaita Gallega (The Galician Pipes), the seminal collection of Xoán Manuel Pintos, and the works of Rosalía de Castro (Cantares Gallegos), Eduardo Pondal,  Manuel Curros Enríquez and others. The anthology includes prose by Ramón Otero Pedrayo, Vicente Risco, Alfonso D. Rodríguez Castelao and Rafael Dieste from the Nós period, and writings of exile after the Spanish Civil War, when the Galician language and literature were erased at the stroke of the pen. Most importantly, Breogán’s Lighthouse includes many writings from the late twentieth and twenty-first centuries, when the Galician language and literature acquired a new confidence.

Produced with the financial assistance of the Xunta de Galicia, Centro Ramón Piñeiro and the support of the Amergin University Institute for Irish Studies of the University of Coruña.

Times Literary Supplement – Breixo Viejo
Times Literary Supplement
22/02/2011
Breogán’s Lighthouse, a bilingual anthology of Galcian literature, is the third volume in Francis Boutle’s Lesser Used Languages of Europe series. Together with Catalan and Basque, Galician (galego) is one of Spain’s official langauges, spoken by approximately 3 million people. This book collects in chronological order nearly 300 texts, which are, according to its editor, the most representative examples of a cultural tradition “practically hidden until recently”. Ranging from twelfth-century songs to verses written in the early years of the present century, they comprise poems, short stories and excerpts from novels and dramas by all the important writers of Galicia, inclucing Rosalía de Castro, Curros Enríquez, Ramón Cabanillas, Castelao, Eduardo Blanco Amor, Álvaro Cunqueiro, Méndez Ferrín and Manuel Rivas, among many others. Galicia’s literature is especially rich in poetry. The beautiful sound of the medieval cantigas composed by troubadours in the Galician-Portugese language may be recognised centuries later in the lyrical voice of Rosalía, or in the avant-garde poems of Manuel Antonio from the 1920s. Masters of the modern short story as Rafael Dieste and Ánxel Fole, capable of creating mysterious or grotesque situations in a few lines, are also included. As are the writers of the nova narrativa from the 1960s onwards – in fact, one third of the books is devoted to living writers. A couplle of objections. The editor should have provided some biographical information on the writers, to give the reader a brief who’s who of Galician literature. It seems important, for instance, to distinguish the political positions of Otero Pedrayo or Vicente Risco regarding the repression of Galician in the early years of Franco’s dictatorship. The second problem is the lack of essays. A book that considers it “absolutely necessary” to spread Galician culture worldwide should have selected historical texts about Galicia’s geography or history – some are of great literary value. Jonathan Dunne’s Anthology of Galician Literature, published last year, found room for extracts from Castelao’s seminal 1944 essay Sempre en Galiza, and the Galician Statute of Autonomy of 1981. But the publication of Breogán’s Lighthouse is excellent news for those who wish to read some of the best examples of Galician literature. Having a bilingual edition with outstanding translations, the English reader will also enjoy the direct contact with the original language.
5/5
La Voz de Galicia – Camilo Franco
La Voz de Galicia
28/10/2010